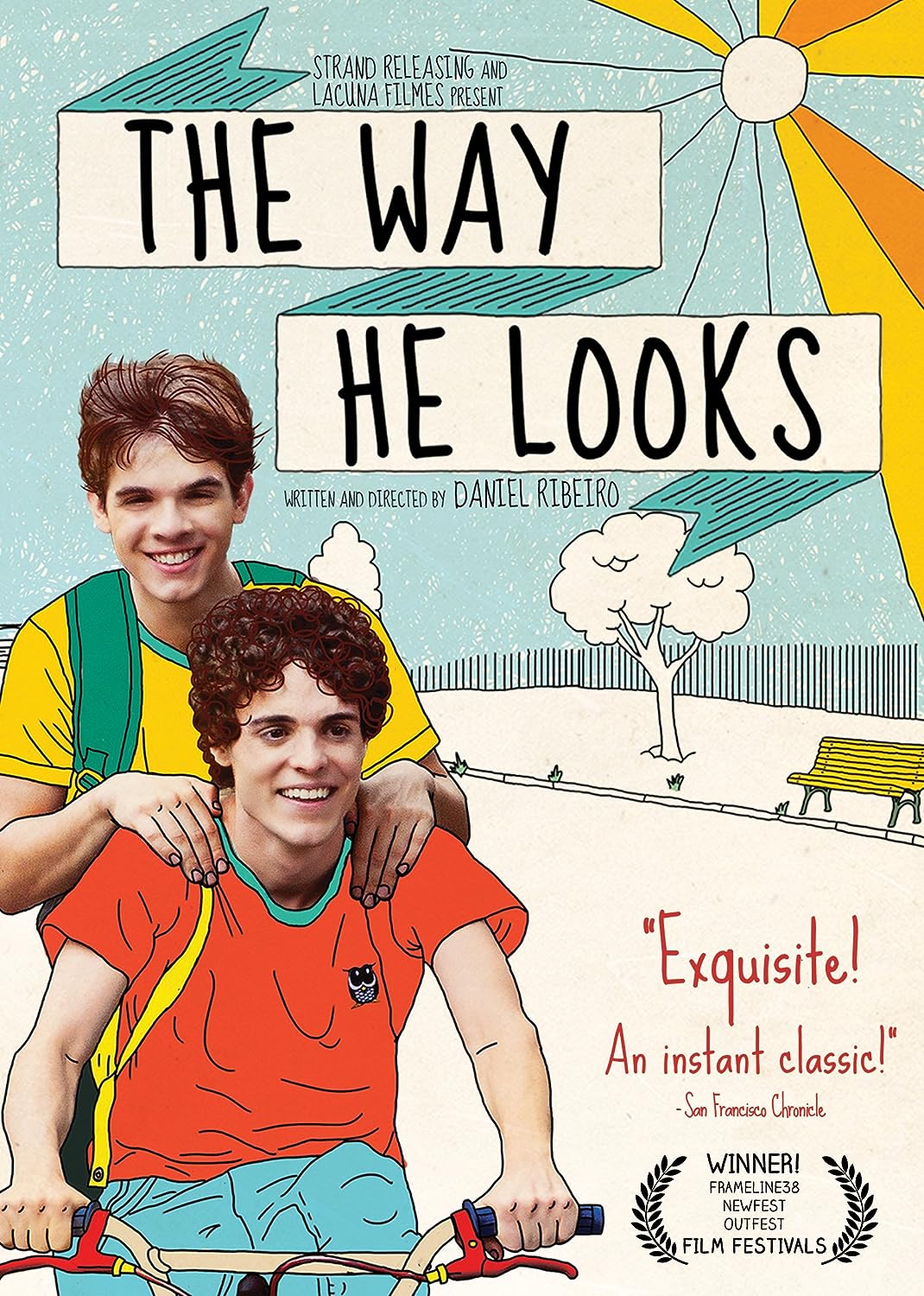 Title: The Way He Looks

The Way He Looks is a sweet love story between Leonardo (Ghilherme Lobo,) a blind teenager who feels smothered by his loving but overprotective parents, and Gabriel (Fabio Audi,) the new kid who befriends Leonardo and inadvertently drives a wedge between him and his best friend Giovana (Tess Amorim.) The film is unique in that it centers around a character who is both gay and disabled, and it’s optimism is infectious, even though it doesn’t entirely feel realistic at times. There are no bad guys except for the two bullies who torment Leonardo, and Leonardo’s parents are loving and supportive.

The ending ties up a little too neatly, but overall it’s the film’s relative lightheartedness is a welcome reprieve from all the tragedy going on in the media these days. I did feel the lead actor’s performance felt a little flat at times, and that’s the main criticism I have of the film overall. He didn’t seem to have a wide range of expressions, and it felt like he had been picked because he was cute and not so much for his acting talent. On the other hand, the immaturity and angst of the three teenage characters all rang true, and they all came off as believable and sympathetic cinematic creations.

The film really captured the feeling of coming of age and wanting to get away from your parents and seek independence, and even though Leonardo was excessively harsh to his mom and dad, who were only trying to look out for his best interests, as his dad says at one point wanting to separate yourself from the people who raised you is a normal part of growing up. Even though Leonardo never comes out to his parents over the course of the movie, I got the feeling that they would ultimately be supportive of his sexual orientation. The Way He Looks is a tender, feel-good coming-of-age story, and although there are some dark moments the takeaway is ultimately positive. The film does a good job portraying the myriad issues Leonardo runs into with his blindness and the different points of view are sympathetically conveyed. I think it’s one of the better gay-themed films I’ve seen in a long time, I really enjoyed it and it was a nice light watch to counter all the dark stuff I’ve been reading lately.