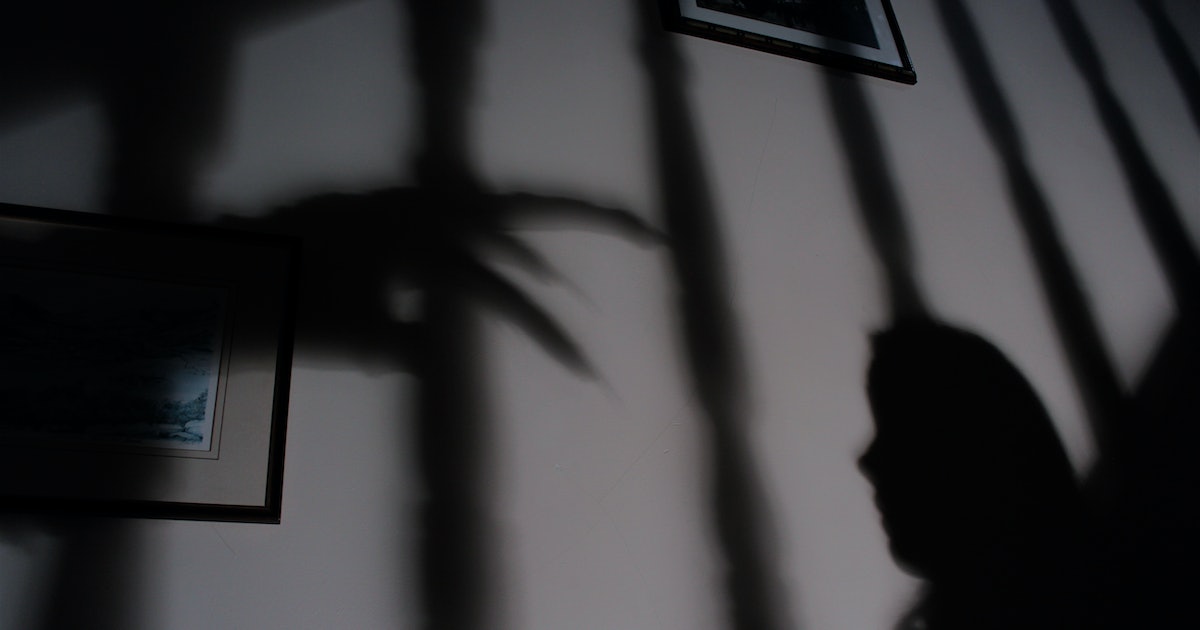 This story is based on one of the very first dreams I can remember having, a nightmare from when I was probably about four. I replaced myself as a toddler with a little boy named Jonathan, but the I tried to capture the feeling of helplessness and of being ignored by adults who dismissed my fear (which in the nightmare, was obviously warranted) as being a child’s ridiculous antics. The story is a bit horror-ish, but it’s more about the fears and insecurities of childhood.

Every day when Jonathan’s mother dropped him off at his daycare provider’s house, Vanessa, Jonathan made a insufferable amount of fuss, clinging to his mother’s skirt and begging her not to leave him. About ten or twenty minutes later Jonathan’s mother Claire would call Vanessa and ask how Jonathan was doing, and Vanessa would report that Jonathan was thoroughly engrossed in playing with toys or watching children’s programs on the TV.

Claire wondered why Jonathan insisted on guilting her by acting like she was dropping him off in the seventh circle of hell. She would stay with him, if she could. Every day the cycle repeated itself. Jonathan wailing and moaning like he was about to be waterboarded and then positioning himself comfortably among the other children, playing with action figures or Hotwheels. Jonathan didn’t really play with the other children, it was more like he played alongside them, like he couldn’t really be bothered to actually engage them.

One day when it was time for Jonathan and the other boys and girls to be picked up, Jonathan’s mother came to the door, but something was different. Claire as she was was gone, and she had been replaced by something unspeakably monstrous, but no one could tell that this was not Jonathan’s mother except Jonathan himself. To Vanessa, Claire looked perfectly normal, smiling with the anticipation of seeing her son, her hair tied into her signature slightly messy ponytail. To Jonathan, Claire’s face had shifted into something horrible, eyes an electric green, teeth sharpened like razors. He screamed at Vanessa not to let the monster who was doing a very poor job of impersonating his mother in, but Vanessa smiled soothing and ignored him. The thing that pretended to be Claire was growing impatient, banging on the door repeatedly with a shocking amount of force, but Vanessa only smiled and said “Aren’t you ready to go home, Jonathan? You certainly always put up enough fuss when your mommy brings you here.”

Jonathan tried to protest that this wasn’t his mother, couldn’t Vanessa see what was right in front of her nose. There was nothing about this creature that resembled his mother, except that it had stolen her clean white blouse and her black skirt, which apparently was enough of a disguise to fool a grown-up.

“That’s not Mommy, that’s not Mommy!” Jonathan shrieked. He tried to run but his legs felt frozen to the ground. He tried not to look at the thing that was doing an exceedingly poor imitation of his mother but something about it’s eyes drew his gaze to it. It was like it was hypnotizing him, pulling him like a magnet to the door, where he would open it and face his inevitable fate. Vanessa moved toward the door without another glance at Jonathan, quite fed up with his antics. But the monster had had enough. It beat the front door until it splintered, and then it fell to pieces as if it had been made of styrofoam.

Jonathan found the strength to run a the distance of a few feet before his ‘mother’ made her way into the house, and Vanessa never even got a chance to scream.

3 thoughts on “Daycare: A Short Story”