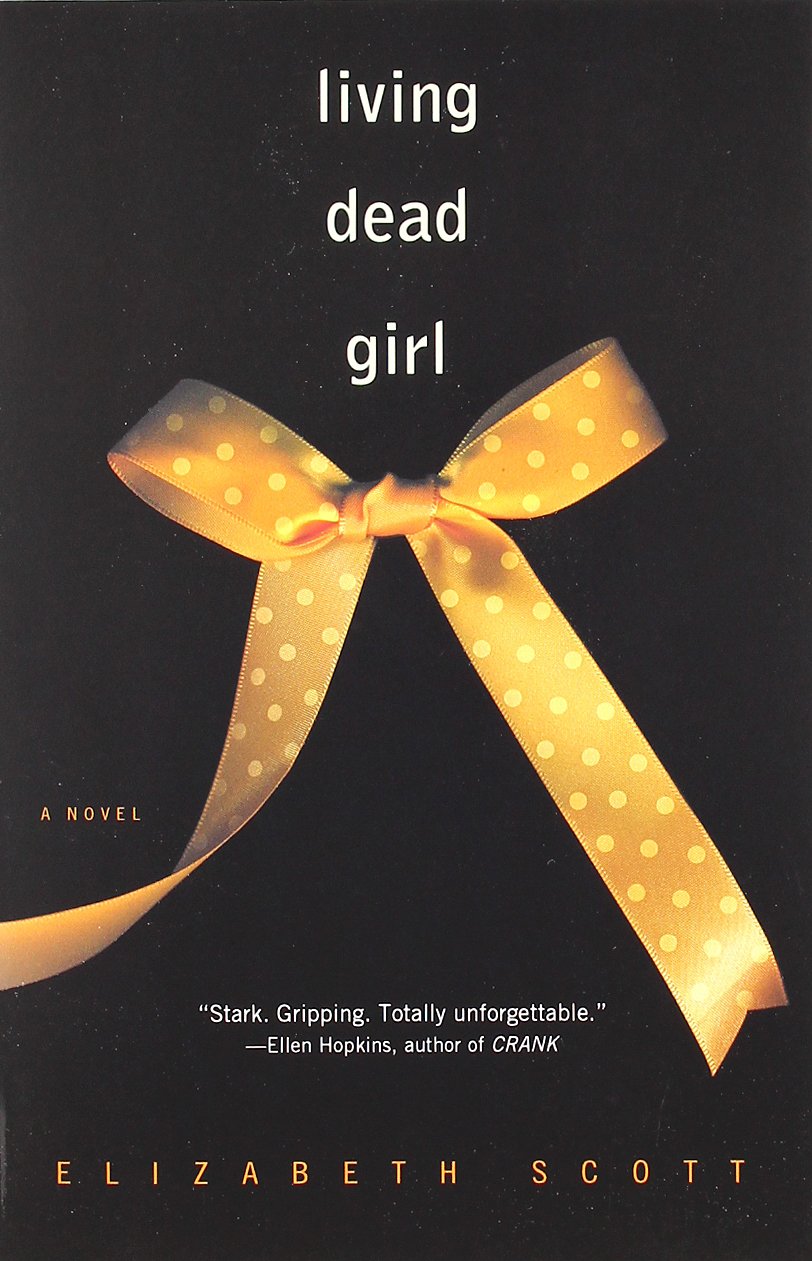 Living Dead Girl holds the dubious honor of being the most fucked-up young adult novel I’ve ever read. I don’t know what to think of this one; on one hand I found it to be a well-written story that held my attention, on the other hand I’m honestly not sure what its target audience is supposed to be. I don’t think I would recommend it to teenagers, because although it’s written in a fairly simplistic manner the unrelenting sexual violence is astonishingly graphic for a book supposedly written for young readers.

The mercifully brief novel follows Alice, a fifteen-year-old girl who was abducted by a pedophile and child murderer named Ray shortly before her tenth birthday.  Ray rapes Alice regularly, beats her into submission, and tries his best to keep her looking young so she can continue to suit his predilection for prepubescent children. He also keeps her from trying to get help or escape from her situation by repeatedly threatening to kill her family if she tries to get back to them. Beginning to grow sick of Alice, Ray enlists her to help him abduct a little girl from the local park, and Alice is just relieved to possibly not be the primary target of his abuse anymore. She actually hopes that Ray will end up killing her like he did with the first girl he abducted, but things end up going in a direction that neither Alice or Ray anticipated.

Living Dead Girl has incredibly brief chapters, some no more than a couple of sentences long. This makes a book that is not even 200 pages speed by in what seems like no time at all. One of the things this novel did right was effectively conveying a tremendous sense of isolation and hopelessness, with minimal characters and a continuous feeling of dread that got under my skin and made me relieved when the book was over. There is violence perpetrated against the main character on almost every page of this novel, and Elizabeth Scott does a good job at portraying how Alice’s situation becomes her entire world and how helpless and broken she feels.

I was disappointed that Elizabeth Scott decided to incorporate the well-worn trope of the psychopath who exclusively preys on girls who remind him of his abusive mother. Even though Ray’s mom actually raping him felt a little different (and much more disturbing)  than the abuse most evil, emasculating mothers in fiction seemed to perpetrate, the killer with mommy issues is one of the most stale and derivative concepts I can possibly think of and I think this novel would have been better without it.

Ray’s character did feel over-the-top creepy and pervy to me, and I felt it might have worked better if he had moments where he acted like a ‘normal guy.’ Instead when Ray isn’t obsessing over his mother he seems to talk primarily like he thinks he’s in a child porno. I also found his moral hypocrisy (like refusing to drink because it’s a ‘sin’ and lamenting about people’s lack of high standards) to feel slightly exaggerated. I didn’t think his character was badly handled overall (he certainly succeeded in creeping the hell out of me!) but I still think that even characters who are sociopaths should be written with some subtlety, since the illusion of being an ‘everyman’ (or ‘everywoman’) makes them scarier.

The ending felt a little rushed to me, like the author suddenly felt the need to wrap everything up within a few short chapters. I also wished Alice had played more of an active role in the final scene, instead of being on the sidelines. Unsurprisingly, this was a very hard book to read, and I found myself somewhat reluctant to return to it. Nevertheless, I felt it was overall a pretty well-done book, and definitely one that refuses to pull any punches. Even though Living Dead Girl is a young adult novel and I found it in the young adult section, I would only recommend it to readers 18+.