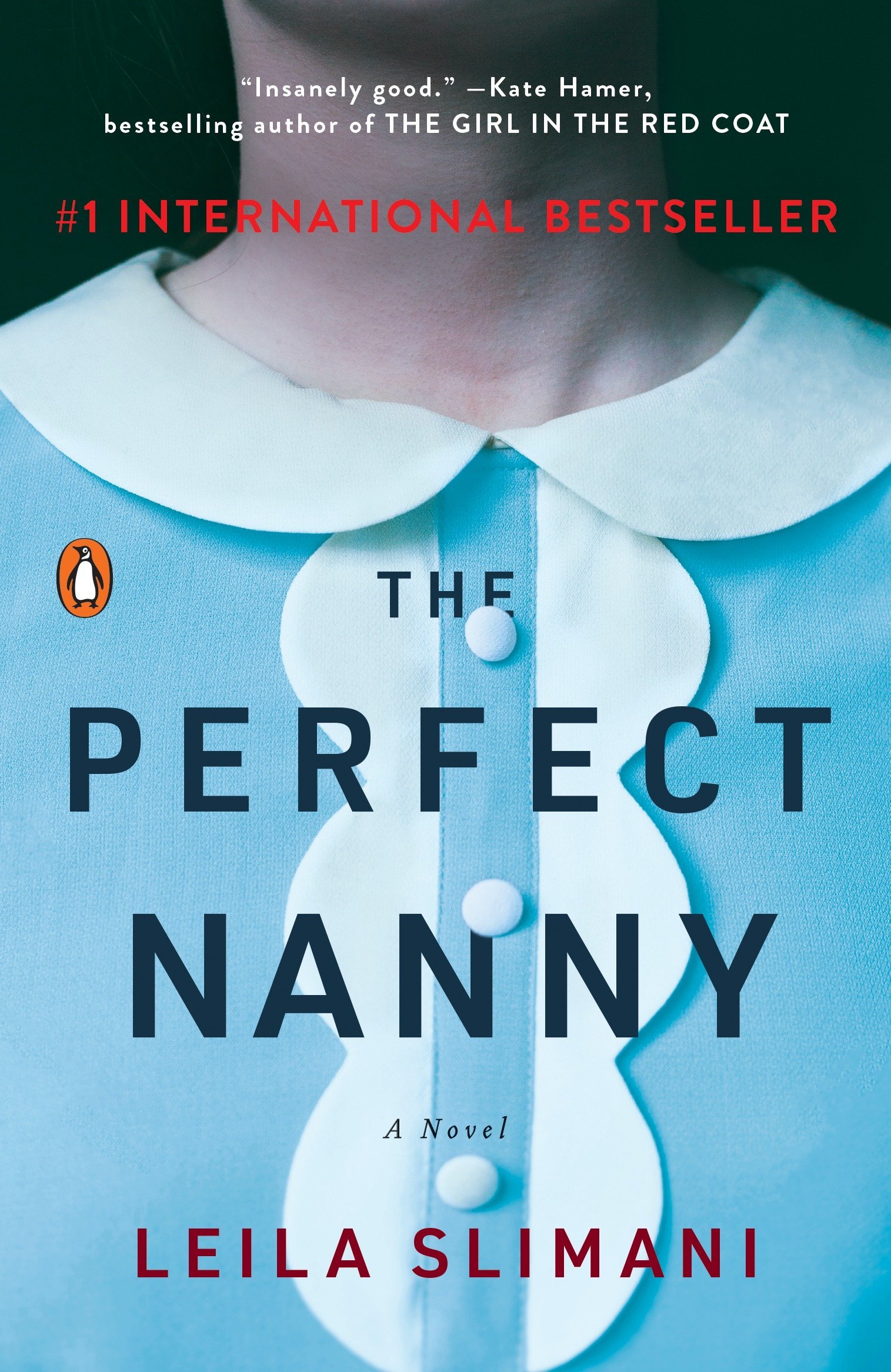 Upper-class French couple Paul and Myriam decide to hire someone to look after their two young children when Myriam returns to her full-time job as a defense lawyer. They’re both very picky about who they should pick to look after their son and daughter but when fastidious, shy Louise shows up to interview for the job, it seems like a match made in heaven. Louise, in many ways more child than adult, spends hours playing with the kids and appoints herself housekeeper as well as nanny, keeping the the couple’s apartment sparkling to near-perfection.

As the novel opens with the revelation that Louise ends up killing both the children (no spoilers here- the reader is told what happened on the very first page,) the rest of the book is like watching a ticking time bomb counting down to zero, with Louise’s behavior becoming more and more bizarre and her obsession with Paul and Myriam and their children becoming increasingly disconcerting. Beginning a book by immediately revealing the ending may be an innovative way to do things, but it also robs the reader of the element of surprise, especially when the lurid details of the crime are all laid out from the get-go.

At first I found the exposition-laden style of The Perfect Nanny a little bit jarring, but it soon began to grow on me. I never felt like I got to know the characters of Myriam and Paul that well; I didn’t have any sympathy whatsoever for Louise considering what she did, but she also felt more richly developed than any of the other characters. Even though The Perfect Nanny isn’t a horror novel, it’s nonetheless very unsettling at times.

The creepiness factor is not only due to Louise’s final, murderous act of desperation, but also the obsessive and unhinged way she inserts herself into the family dynamic. From very early on, Louise’s life revolves almost entirely around the family she works for, and there’s something undeniably eerie about having someone working for you who does nothing but obsess about you all day, no matter how clean they keep your house. The author does a good job of initially making Louise seem normal on the surface so that it feels believable that Paul and Myriam would initially trust her with the welfare of their children, and then letting the first waves of distrust gradually reveal themselves.

There’s a noticeable lack of subtlety in most of these types of stories, where the stalker/weirdo is so obviously psychologically disturbed that no halfway rational person would opt to be in the same room with them, let alone leave them in charge of their kids. Leila Slimani does a remarkable job at avoiding the pitfalls of obviousness or camp that would be easy to give into with this premise. In fact, I was thoroughly engrossed in this novel until the very end, which seemed to leave a lot of questions unanswered and felt overly clinical.

I also didn’t like how it suddenly shifted to the police captain’s character in the last chapter, it felt very abrupt and I felt like the novel shouldn’t have suddenly focused on a minor character who I honestly didn’t give a crap about. The last chapter certainly didn’t ruin the novel for me overall, but I felt like it was an underwhelming way to wrap up the story. I wouldn’t exactly call The Perfect Nanny a ‘thriller’ (although it could be categorized as such,) but it is an excellent slow burn of a novel that pulses with a quiet kind of menace.

2 thoughts on “Book Review: The Perfect Nanny by Leila Slimani”