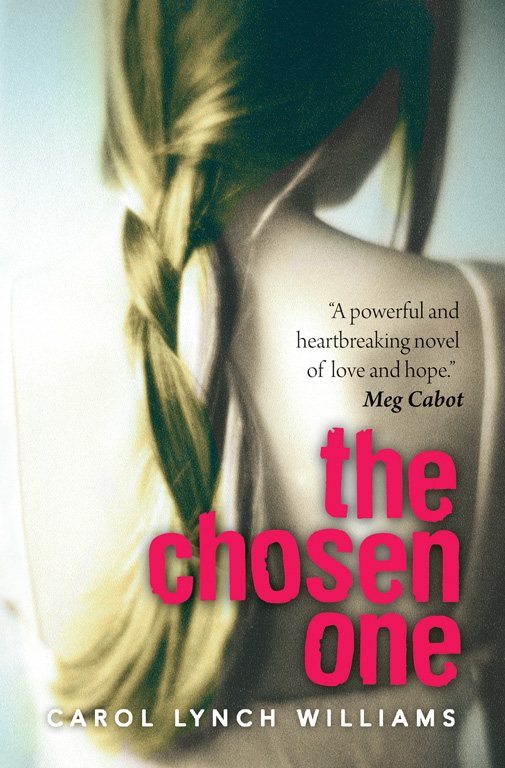 Title: The Chosen One

For thirteen-year-old Kyra, being ‘the chosen one’ is one of the most horrifying things she can possibly imagine. To say she has a ‘big family’ is a dire understatement, as an unwilling member of a polygamist cult she and her many siblings were born into, Kyra has several ‘mothers’ but only one father. All her life Kyra’s been expected to submit to the men who are allegedly ordained by God to make the twisted rules for everyone else, and she is deprived of both free will and education.

But when it’s decided that she marry her elderly biological uncle and become the youngest of his ‘sister-wives,’ Kyra realizes she can’t allow herself to be helplessly forced into this future. She begins her ferocious battle to break free from being her uncle’s possession, but is freedom worth saying goodbye to everybody in her family that she loves?

The Chosen One immediately grabbed my attention with it’s unique setting, endearing lead, and the way it creates an almost immediate sense of tension from the first page. Kyra’s character is strong but still believably naïve and unsure of herself. The writing style is pretty simple and easy to read at a quick pace and the sentence structure has an almost sparse quality to it. I felt slightly annoyed by some of the more cliché language and the repetition in some of Kyra’s narrative, but the short sentences worked well to intensify the sense of helplessness and desperation the protagonist feels.

Despite the story taking a steady plunge from bad to worse very early on, the author still took the time to develop her main character and make us care about what happened to her. She’s much more of a ‘regular person’ than you’d expect from someone raised in her environment, but it managed to still feel believable. I definitely had some questions about the ending; I don’t want to spoil it for anyone who wants to read the book (and I hope they do) but I thought everything was wrapped up too abruptly and I had an insane amount of unanswered questions.

I don’t know much about this topic but I got a strong sense that there were gaps in realism in the last few chapters. I thought this book was an emotionally powerful page-turner and succeeded on almost every front, so I wish there had been an ending that felt more satisfying instead of tying everything up weakly with dozens of loose ends.

One thought on “Book Review: The Chosen One by Carol Lynch Williams”