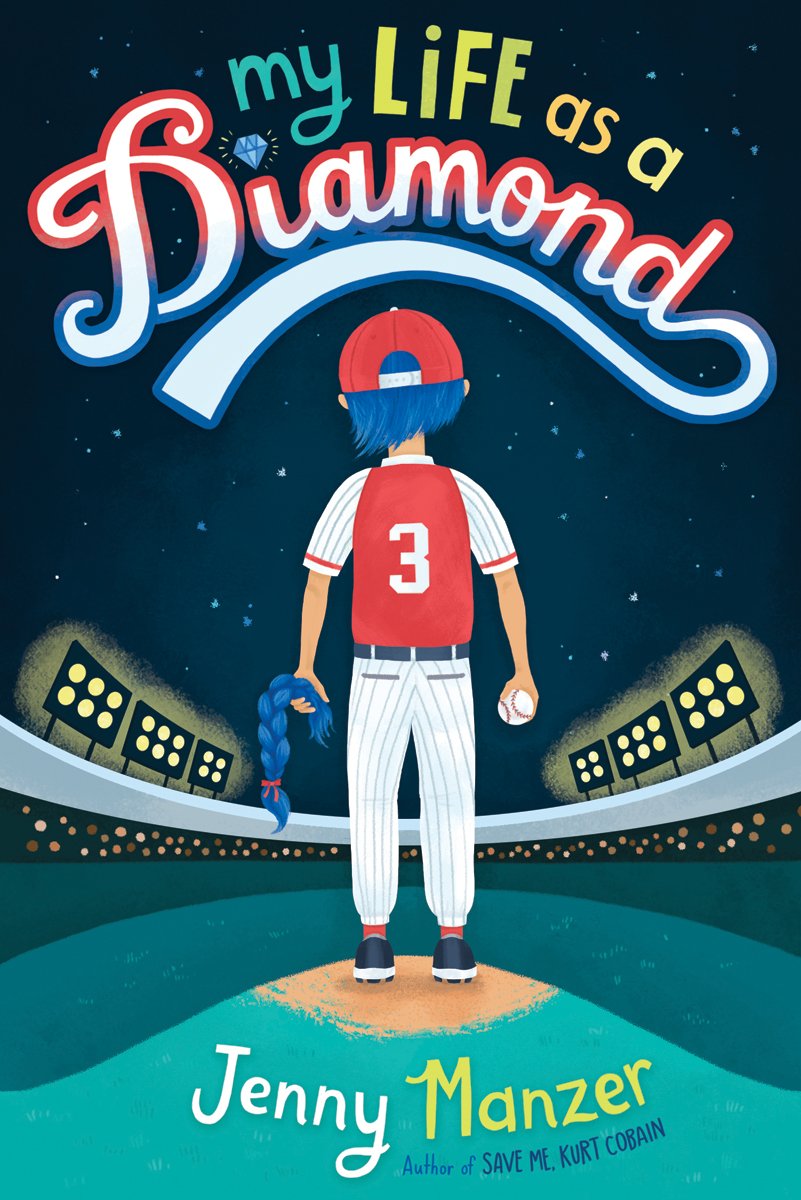 Title: My Life as a Diamond

I admire the author’s attempts to bring the struggles of a trans boy to a preteen audience, but I also think I have a pretty good idea why this book has gotten so little attention. It’s not bad, just forgettable. It does a commendable job at staying age-appropriate and being more positive than a lot of much darker books that deal with the gender identity subject, and the main character has the support of most of his family and adults who set up preventative measures against bullying.

Caspar is ten years old and has just moved into a new town with a new identity. He was born biologically female and named Cassandra but from early childhood he felt that he was different and was meant to be male. Caspar and his whole family love baseball and he starts playing with a bunch of other boys who seem to lack motivation or talent. It’s disheartening to Caz because he’s a serious- I mean, serious serious player- but he begins to warm up to his teammates and his coach. He also has to contend with a bully who might expose his secret just to throw him off his game and ruin his relationship with his team.

I’ve read a few outstanding middle-grade books with transgender protagonists (The Other Boy, Zenobia July) but unfortunately this wasn’t one of them. Caz’s character was okay but overall he just seemed very generic. I felt like being transgender and a passionate baseball enthusiast were his only defining character traits. The other characters also felt flat and one-dimensional; Oscar (one of the boys on the team) was the only one I liked and I found myself wishing he was the main character instead of Caspar.

The main character was perfectly likable but he lacked that extra something that might make me actually care about him. I could tell the author really was a sports fan but there were a lot of play-by-play descriptions of the baseball games that I personally found really boring. I think some pre-teen readers might get more out of this than I did but it barely managed to hold my interest.

One thought on “Book Review: My Life as a Diamond by Jenny Manzer”