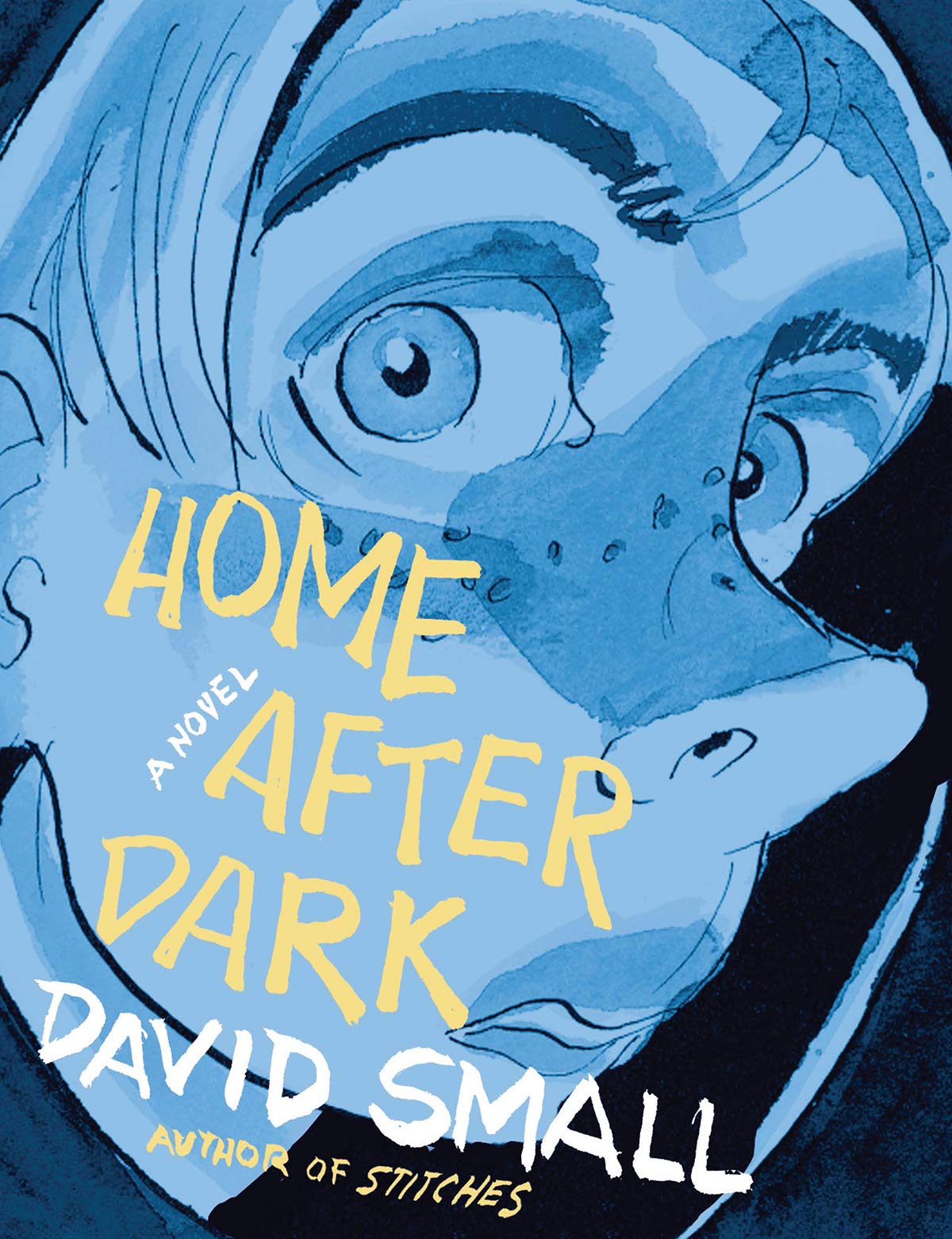 I was reluctant to read this book at first because I had the feeling it was going to be a real downer, and I wasn’t sure I was going to be in the proper headspace for it. I finally decided to give it a shot and read it in one night, and even though it was as sad and disturbing as I thought it was going to be I ended up being really, really glad I gave it a chance. Before Home After Dark I had read Small’s graphic novel memoir Stitches, and even though they’re both extremely well done I ended up liking this one better. Even though Stitches was a true story of the trauma the author suffered growing up this somehow ended up being more emotionally powerful to me.

Home After Dark shares a lot of themes in common with Stitches– parents who are pretty much as far from competent caregivers as you can imagine, growing up among violent selfish people and feeling totally alone, having to struggle to make your own way to adulthood with little to no support from others. Home After Dark is a coming-of-age story from hell but David’s Small’s striking artwork makes the reader feel almost like what they’re reading is more horror than anything else. The protagonist Russell is thirteen when his mother leaves the family, his father packs up on all their stuff and moves them to Marshfield, a small hick town you wouldn’t wish on your worst enemy.

Russell’s father doesn’t care about him at all and leaves him to his own devices while his son navigates an environment filled with violent, hateful alpha male types and a pet serial killer on the loose who leaves the mangled bodies of dogs and cats in his wake. Russell is befriended by a fellow loner named Warren, but when Warren makes it clear that he want Russell to engage in some friendly sexual experimentation with him, Russell cuts off ties and starts hanging out with the local brutes. Russell ends up making some really bad decisions and a series of tragic events leaves him at rock bottom, trying to decide if there’s any way he can make things right.

Much like with Stitches, the artwork in Home After Dark was made up of extremely detailed illustrations of characters who had had grotesque, exaggerated features that gave them almost a caricature like appearance. Russell was a very flawed character and I’m not sure I can really say I ‘liked’ him, but at the same time I wanted him to be able to find a place where he could be safe and maybe even happy.

I like the way Russell’s sexuality was brought into question but it didn’t turn into a ‘gay-themed’ story, it was just a part of him that didn’t dominate his character arc. Most of the characters are terrible people but the presence of a few good ones ends up making all the difference. I found this graphic novel to be both intelligently written and illustrated and emotionally powerful, and I hope David Small puts something out for an older audience soon (though his successful career writing and illustrating children’s books show just how prolific he is.)