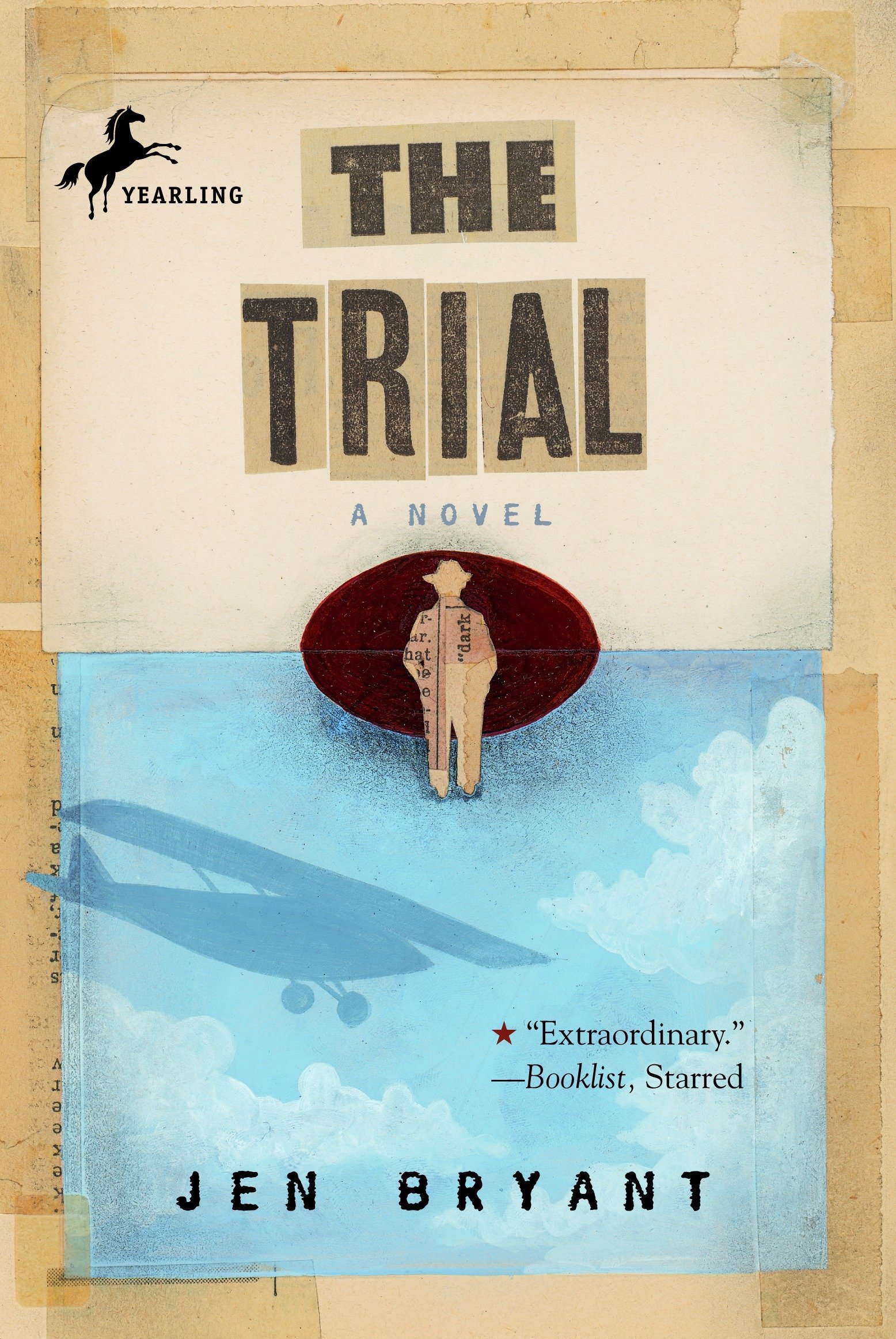 The Trial tells the story of the murder of Charles Lindbergh’s baby and the ensuing media frenzy and miscarriage of justice, while using a fictional twelve-year-old girl’s voice to make it relatable to younger readers. Katie is bored with her bland small-town existence, but her life changes forever when her beloved uncle gets injured and she is given the opportunity to transcribe for him in court.

Katie is passionate about being a news reporter herself someday, and initially she’s less concerned about the horrific nature of the case she’s getting involved in than her good luck getting a chance to get some first-hand experience. World-famous aviator Charles Lindbergh’s infant son was dropped from a height and killed during an attempted kidnapping, the suspect is a German immigrant with somewhat of a criminal past.

Immediately a lot of questions are coming up about the man’s guilt especially in the midst of a widespread anti-German sentiment, but Katie soon begins to realize that in a case like this the facts don’t matter when the need for a witch hunt is greater than the need for justice. This book was easy to read and fast-paced, making it easy for me to finish in one night. I didn’t think the fictional characters added to the story were all that interesting, nor did I think there was anything about Katie’s character that stood out as memorable.

The thing about the book that really did grab my attention was learning about the historical events themselves. I knew that Charles Lindbergh’s baby was murdered by a would-be abductor but everything else about this incident was new to me. Even though the fictional elements didn’t do much for me, I’ll give this book credit where credit is due for making me want to learn more about the bizarre and tragic story it’s based on.

One thought on “Book Review: The Trial by Jen Bryant”