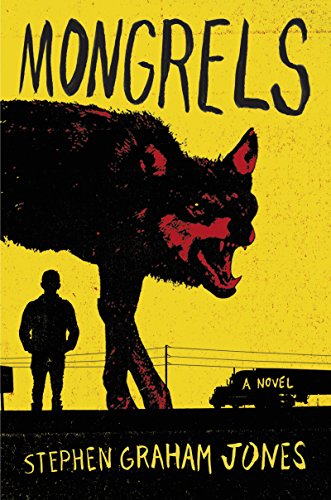 I could not put this book down, every time I had to get up to do something else I practically back to it the first chance I got. It’s great for the same reason as Mapping the Interior is great, it truly excels as both a horror story and a portrait of a family in crisis. It’s just in this case,  the members in this particular family of crisis are werewolves. The main character is an unnamed teenage boy who lives a transient lifestyle with his eccentric Aunt Libby and Uncle Darren. His uncle is a ne’er-do-well who does pretty much whatever he wants consequences be damned, and his aunt would probably be just as unhinged but she tries to keep it together so she can raise him.

Early on he realizes that he comes from a long line of lycanthropes but his mom was a regular human, so he could go 50/50. He wants the freedom of being a werewolf even though being a werewolf also pretty much ensures a short life of constantly being at risk and not belonging anywhere. His aunt is protective of him and hopes he will be ‘normal,’ but regardless of whether he has wolf blood or not there is absolutely nothing normal about his childhood.

They’re always on the run and there’s usually a body count, and Uncle Darren’s checkered past ensures that more often than not there’s someone hunting him. The story spans from the protagonist’s early childhood when his grandfather’s death changes his life forever up until he’s a young man. His family is made up of  hard-drinking raconteurs who stick together no matter what, and even though his formative years are rocky and sometimes downright terrifying, they’re certainly never uneventful.

There’s a lot of world-building in this book about how being a werewolf works but it never bogs down the plot, which is fast-paced while still paying attention to things like the characters and their relationships. Every time I decided I had a pretty good idea of what was going to happen next it ended up surprising me, and Stephen Graham Jones’ prose is beautiful but accessible.

Since he’s a fairly successful horror writer people inevitably compare him to Stephen King, but to be honest I prefer Jones’ books. I would read just about anything this man writes, it took me one book to fall in love with his writing style and Mongrels just further proves how talented he is. I would recommend this book to anyone who likes werewolves and well-written horror.