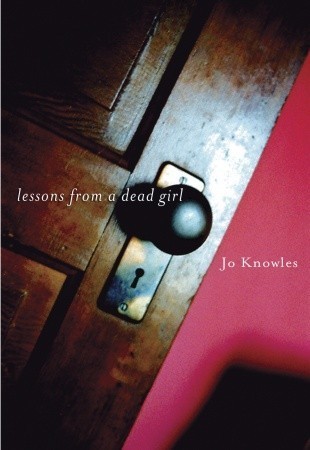 Title: Lessons from a Dead Girl

Lessons from a Dead Girl is a bleak, disturbing book, and it felt like it had so much potential that went unrealized. The novel follows a deeply emotionally damaged teenage girl named Laine in the wake of her former ‘best friend’ Leah Greene’s death. Leah died in a drunk driving accident, one that Laine inadvertently played a part in. When they were kids, Leah repeatedly acted out her own abuse by molesting Laine in the closet in Laine’s house. Laine is unsurprisingly still suffering from the psychological ramifications of that molestation and spends years questioning her sexuality. Now with Leah dead Laine is finally forced to face what happened between them and how what Leah did to her changed the course of her life forever.

On one hand, Lessons from a Dead Girl was a very quick read and it kept me interested in what was going to happen next. It has a disturbing and interesting premise that admittedly feels very original, but for me it ultimately felt like a swing and a miss. I think that’s mostly due to the disappointing and morally jumbled ending, which ended up being what took me down from a B to a C+. (minor spoilers ahead) I kept waiting for Laine to work through her trauma and become a stronger character, so it appalled me when she finally ended up blaming herself for not ‘doing enough’ to be there for a girl who molested her for years and didn’t seem to feel an iota of guilt over it.

I thought this was a terrible message, and whether they were kids at the time or not (and taking into account that Leah was sexually abused herself by an adult man) I still couldn’t help feeling that Leah Greene’s character would have been treated differently if she were male. It didn’t help that Leah was extremely one-note and often seemed to be less a teenage girl and more a cartoon villain, popping up everywhere to hiss in Laine’s ear about them ‘experimenting’ as children. After a certain point her presence was more annoying than anything else, I just wanted her to shut up and go away.

Another scene that really didn’t sit right with me was the one where Laine passes out at a party and wakes up hoping her friend Webb had sex with her while she was unconscious. I found it to be very realistic that Laine is so frightened of women because of the abuse she suffered at Leah’s hands, but that doesn’t explain why she’s literally disappointed that a guy didn’t rape her.

Aside from a couple of scenes that left a bad taste in my mouth, I found the prose in Lessons from a Dead Girl to be adequate but not exactly outstanding, and most of the characters felt more like cardboard cut-outs than real human beings.  Two of the side characters who could have especially benefited from some character development were Laine’s friends Jess and Web. We find out that Webb is gay, his parents are rich,  and both he and Jess like to party a lot, but besides that they’re basically non-entities.

Lessons from a Dead Girl gets credit where credit is due for being a innovative young adult novel (which is definitely best for older teens only) that’s not afraid to tackle daring and controversial topics, but I ended up being disappointed by it nonetheless. I don’t think I’ll be reading any of Jo Knowles’ other books, one was enough for me. The sad thing is I think I could have cut the book some slack despite some serious flaws throughout if Knowles had chosen to end it differently.

Child sexual abuse is terrible enough without encouraging guilt on the victim’s part for being unable to ‘save’ their abuser, and I honestly think that’s still the case when the perpetrator is a child too. Laine ultimately states that she doesn’t regret that the abuse happened because of the ‘lessons’ it taught her, and I couldn’t help feeling that Jo Knowles’ approach to the subject matter felt more morally irresponsible than redeeming.

3 thoughts on “Book Review: Lessons from a Dead Girl by Jo Knowles”