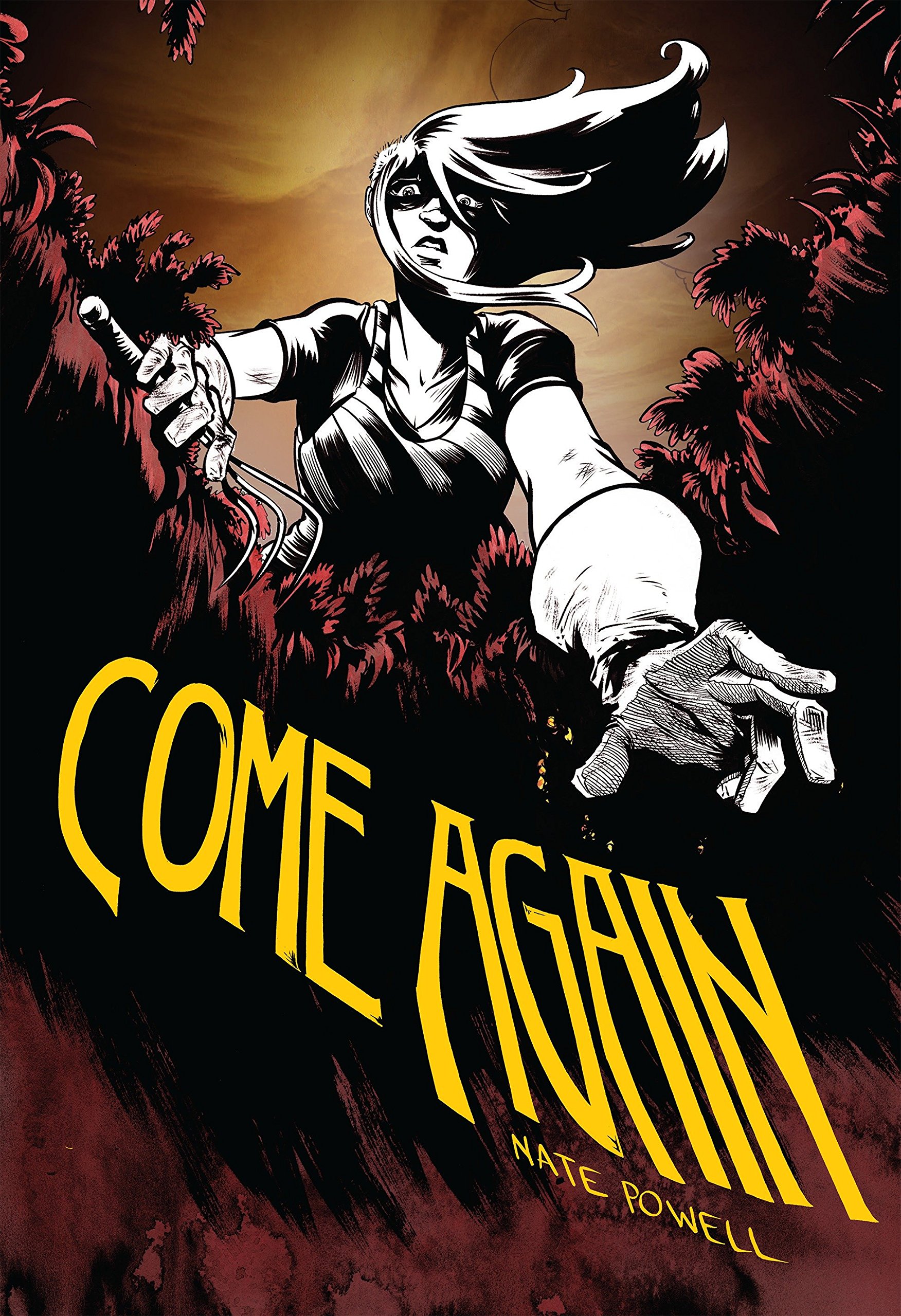 I’m pretty sure Nate Powell is becoming one of my favorite graphic novelists. Unfortunately, I didn’t connect to this one like I did with Swallow Me Whole, but it’s still an immediate attention-grabber that’s also atmospheric as fuck from beginning to end. It was a little hard for me at first to figure out who these characters were and what was going on, but I was definitely eager to find out from the eerie beginning monologue. Hal (short for Haluska) defied her parents’ wishes as an idealistic youth and went forth with some friends to live in harmony in a self-sufficient commune.

She and her partner Gus separate on amicable terms and share joint custody of her young son, Jake. As she starts to get older she begins to resent the commune’s claustrophobic lack of privacy and the way she feels like she can’t do anything without being watched. This is particularly a problem because she’s having a ongoing affair with her best friend’s partner, she explains that the possibility of an open relationship was brought up in the past but her best friend wasn’t going for it.

Things go terribly awry in a way none of them could have expected when Hal’s friend’s son goes trekking with Jake and doesn’t come back, soon Hal realizes that she’s the only person who remembers that the missing boy ever existed. She slowly realizes that the boy has been taken by something that’s punishing her for her illicit affair and betrayal of her friend.

Okay, so some of this graphic novel bordered on confusing, especially the abrupt shifts in the timeline. I also sometimes had trouble telling characters apart in some scenes, which seems to be a common problem with me and graphic novels. Nate Powell’s dark, moody artwork is both brilliant and totally distinctive, and the storyline succeeded in keeping me guessing throughout and delivering a narrative that was totally unlike anything I’ve read before.

I would say there were some questions that I wished had been addressed in more detail, but part of the whole mood Come Again creates is Powell’s willingness to leave the reader wondering. It isn’t a book that pulls out the dreaded ambiguous ending but a lot of it feels mired more in a unsettling dream than reality. I think this guy’s got a ton of talent and I want to read everything else he’s done, including the ones where he just contributed the illustrations.

One thought on “Book Review: Come Again by Nate Powell”