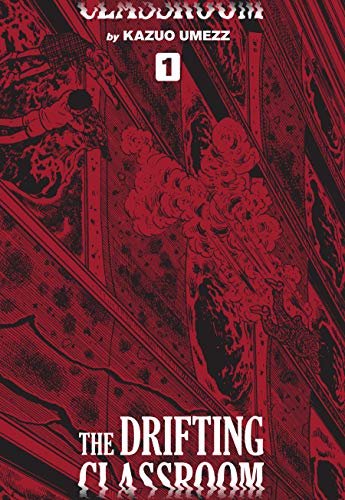 I was absolutely loving this book at first, and then it ended up crashing and burning so badly I could only throw up my hands at the missed opportunity. I loved the premise of an entire primary school disappearing into thin air and reappearing just as randomly in an apocalyptic hellscape where it’s every man, woman, and tyke for themselves. There were so many amazing things you could do with that, and as first I was utterly riveted as things started to fall apart and law-abiding people went fucking nuts.

The child characters immediately strained credulity, William Golding made the vile actions of his youthful characters seem fairly believable in Lord of the Flies but these kids were just so young and their dialogue and actions were borderline laughable. Developmentally speaking there’s no way they could have put together feuding mini-societies like they did, let alone small children deciding to burn their classmates at the stake and going through with it. All the kids soon became symbols (like in Lord of the Flies, but leaving no room for the readers to suspend disbelief at all.)

There’s a girl on crutches who’s crying to the intrepid boy hero ‘waah, leave me, I’m crippled! I’ll end up being the death of everyone!’ From the way she drops herself helplessly into harm’s way I’d tend to agree with her but of course he saves her anyway. It’s a little bit sickening watching her try to convince him how little her life is worth because she’s disabled. The runny-nosed ‘genius’ kid honest-to-god gives a speech about how girls aren’t fit to lead because they were put on this earth to have children and don’t have the basic reasoning skills.

The ‘nice’ girl stays in her place and backs up the protagonist as the natural-born leader of the other children, while the girls who want to lead do it by stripping small boys naked and stomping on their testicles while treating the males like farm animals. There’s a sniveling traitor kid, a dumb-looking kid with buck teeth who’s in charge of all the matters of warfare, and a five year old on a trike who talks like the forty-five year old.

Every single character is completely one dimensional and everything they do is so idiotically written I couldn’t stop rolling my eyes. I tried to give it the benefit of a doubt because like I said, it started out really good but after the prodigy of the group schools everybody else about the indisputable inferiority of women I just couldn’t do it anymore. Basically this is an amazing idea for a story but it’s very poorly executed.